Our daily notes (during Ruilen @ Mediamatic) 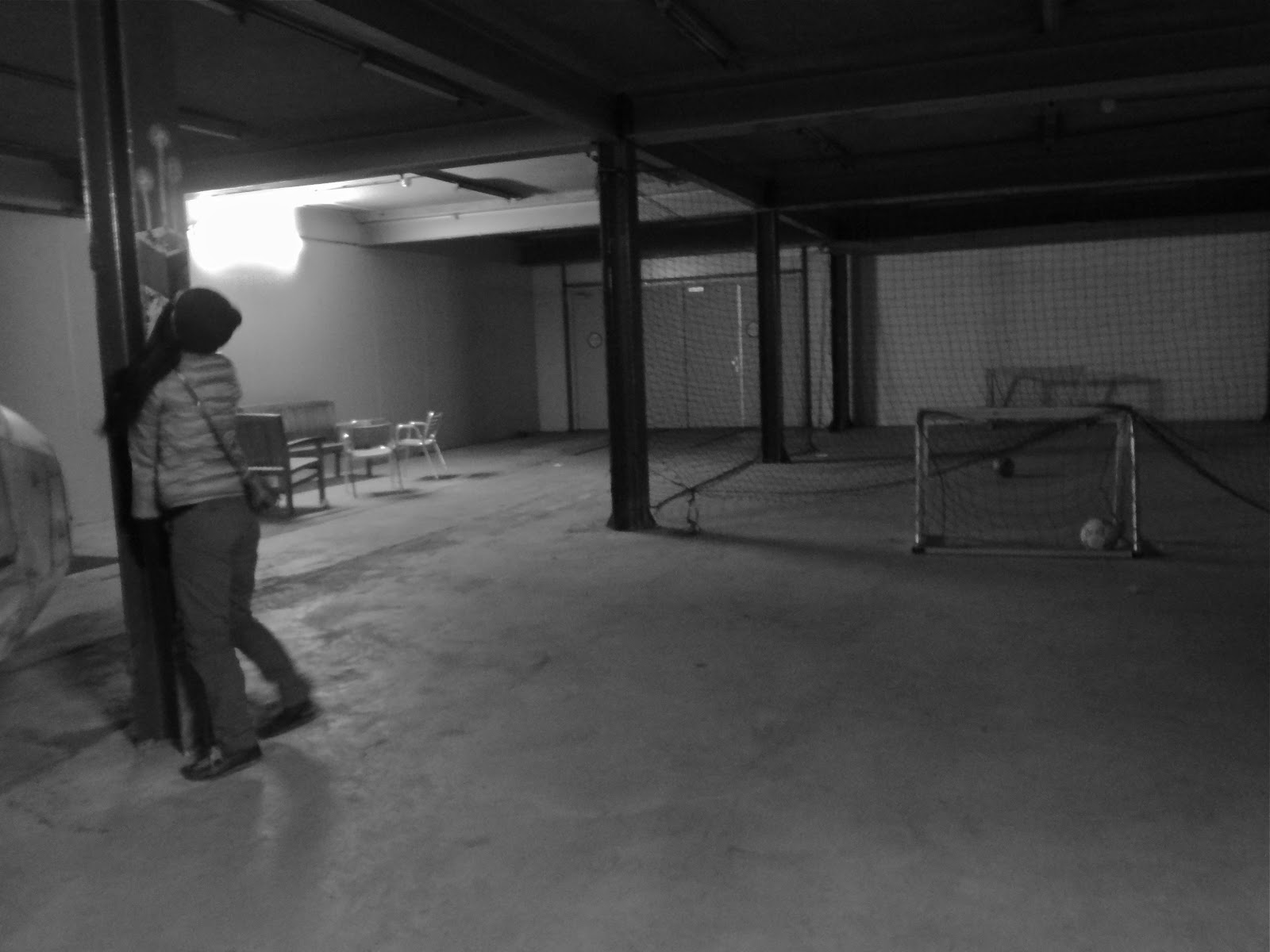 my dream is running, sweating, throwing itself on the floor.
it climbs up ladders and flies with old blanket wings.
my dream is a crow showing its throat to the sun
it's a go-go dancer under a scaffold looking for the lost beat
my dream is a heart used to fill the cracks on the walls
its a butterfly wired on a flower made of stones

the dreamer was a creature floating on a foggy rainbow
not back not forth and neither back & forth
she had no feet, neither a face -
sometimes a flat piece of cardboard attached to a stick for a head


I am a plastic fish inside an acquarium.
I am a puppet living in a life size doll house.
I am a barbie with short hair and short legs.
I won the world cup of the bird with the broken head.
My sky is a carpet, lies flat on the ground and its stars are made of fluorescent chalk.

Today I became an object.

Traveling to Spain through Belgium… It is so fast how my body is transferred and my feeling was in delay.

This brief moment when I was actually there but not really arrived yet at the same time had a lot of common point with ‘dream’.

Everything what I see supposed to be normal and real, but it didn't make sense to me. I felt lost in the reality. People speak different languages, behaves differently, a storm of talk talk talk... In the restaurant, I see full of pig legs hanging in front of me. What is this?!

It was our 7th day of dreaming session. I'm on my way to Brussels, jumped on the train right after our dreamy session. Tomorrow I'll extend our cocoon till Spain.

This week we found that we don't have to remember our dream to 'dream' in the space. We let objects dream in the space and follow their feelings. Dedication for objects makes me very emotional. I didn’t know how a piece of bean dreams till now. He enjoyed being with other friends, he enjoyed traveling and laying down on my forehead. How many perspective we ignore in our life? The world can be full of feelings.

I guess Maria doesn’t know what I’m exactly dreaming. However she perfectly supports me as she keeps being moved by my dreamy movements. This co-existence drags me to somewhere deeper and I start forgetting myself, finally performing without my own will. We feel nice because our feelings also found an exit from our crowded head. They sometime make a dance party, sometimes a funeral.

Where are we? Are we spiritual finally? Something should be happened by our enthusiastic daily session.

7 days of intense dreaming with Sayaka
brought me to a place on the floor,
with a head filled with brown beans,
scratching my chest on the cracks to get my heart out

from tomorrow Sayaka will continue dreaming in Spain
while I stay home, keeping the fire burning with Roman, Alex & Sandrina

Last night, I dreamed about an imaginative cartoon character. Maria shown me a photo of this character on her facebook wall.

This character had a small round nose, I remember the color was light orange. And his face was very light yellow, I think he was a robot,

His trunk (not his head) transforms to what he touches with his nose. On the photo on fb that Maria shown me, his trunk was a beautiful old opera house like l'Opera de Paris. The opera house part was a drawing like a very old architectural plan.

I don't want to limit your imagination, but it was something like below, quite... 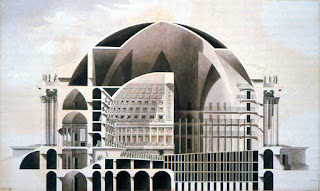 This must have come because last week Me and Maria touched our nose through the hole of Xu. Maria was from inside, I was from outside. Later our body transformed to Xu, maybe.

I would like to play more with the objects. I want to perform for the toy warrior and eat lunch with the red boots. I want to take the soap inside wool for a ride outside, and stay quietly looking at the canal.
I heard the plastic straw whispering something to the tiger balm last week. I thought she felt lonely and wanted to leave. The dream page is always sleeping under the broom and shovel. I keep asking her to wake up and tell me what she wants. The candle holder feels very sure about himself. He is the most used performer but I am concerned he will start getting tired.

The old objects started feeling jealous about the newer ones. They look at the ring, the yellow flower and the photo with question marks in their eyes, wondering if those 3 are more special than them.
Each old object is having an identity crisis and wants to get to know itself...

How do we change perception about exchange?
Start from 'this-for-that' and make a better circulation.
What can be created out of exchange?

... day with Roman filming and hutspot cooking and eating taking place in front of Xu.

45min session with Sayaka - Maria - Bram.
Roles: 1. dreamer inside Xu 2. being moved by the dreamer outside Xu and spreading the dream in the space with presence & movement, including the possibility of making an installation with beans as a material representation of spreading the dream 3. undefined role.
Exchanging roles every 15min.

30min session in-between performing and everyday presence.
with 3 undefined roles, sharing the same dream (anywhere, inside/outside Xu, close/far,
moving, talking to people, writing, dreaming, or anything that seems relevant).
Most important is to stay connected with the other 2 - keep seeing the situation as a dream that is shared.

Our task was not announced to the visitors and all signs concerning what we do were removed from Xu.

Dinner and guests became part of our shared dream- for us as a way of viewing/experiencing the situation- for them as a subtle, mysterious, non-understandable activity, occurring simultaneously without disturbing or asking for attention. The cook said that he couldn't really see what was going on but that he felt something warm was taking place on the side of his eyes and another man spoke about creating an atmosphere.
Still the need to understand what the things we do have to do with exchange is very strongly present every time somebody decides to talk to us in relation to our work.
Non-verbal communication and registering each other's presence seems to be a more fertile field for starting to realize how we are sharing the space.

Day with Sayaka and the two girls at the entrance far far away.
Moved by my dream (inside Xu) and being moved by Sayaka's dreaming body (outside Xu)
4 rounds exchanging roles. Working on a shared moving dream for 1h 20min

The space was cold and the dreams were asking to be stronger.
I became a massive lion at the gate to guard Sayaka's dream and keep Xu safe.
My dream was a warm golden pee coming out of Xu, spreading on the floor and flooding the space.

Then, the woman from the entrance came to switch on the heater.

Today, Bram joined our 4 hours session.
We spent the first 2 hours drinking coffee and talking, starting from some random topic concerning the way we experience the space between the skull and the brain -  assuming the space in-between bone and organ is something that can be felt. We talked about experiencing that space sometimes expanding, sometimes being moved by music, sometimes being colored by imaginary light and about the brain experienced as liquid, dissolving on the bone of the skull when we stand on the head upside down... We went on tripping on imaginations of the space inside the skull and laughing at the idea of possibly becoming enlightened.
Then came the eyes... eyes looking out, eyes looking in, eyes looking for something outside and eyes receiving the outside, eyes relating to the outside and forgetting the inside, eyes staying inside and forgetting the outside, eyes that always keep an active dialog between inside and outside.
Eyes of Japanese people and eyes of Dutch people- not their shape- but their way of looking.
Eyes and how they affect the body in the way it is carried through life, through the subway, in a coffee meeting, etc. etc.
Eyes that saw a dream... eyes placed not in the eye socket- yet, where?
Ideal Eyes... eyes awake, seeing what's going on around them, yet keeping always alive and in dialog with the day's reality, the dream that was seen last night.
Then came the space - out of nowewhere. The need to fill in the space with movement and the fear of empty space, the need to keep space empty and the fear to put in too much...
and then came Kenzaburo Oe with some dark stories about dead bodies and Murakami came to visit too- of course he is a regular guest in our coffees...
Then came some creative confusion, when Bram entered our house and we started asking him questions through the holes and kept rotating the role of who is going inside the house and then came a big confusion and a little crisis concerning of course - as always- what are we going to do concretely?

These moments have always brought something unexpected and useful- not because we do something- but for some reason we still don't know and try to figure out...

A visitor came to spend some time inside our house. She was a very kind woman who left us her special spiraling ring with a yellow stone, entangled inside wires. When she came out, she asked how is our house called. We asked for her name. She said she is called 'Xu'. It means 'embrace you'. We told her our house is called Xu from that moment on.

Xu moved our dreaming reality this day. She became a warm and safe spot, a place where the dreamer can be supported in any kind of dream he/she might have.
The space around Xu could gradually expand, become free while staying warm.

Xu brought lots of kind thoughts about relating to people and the world.
She brought a dream for a revolution that is not aggressive.
A whirling sunshine.

a possible abyss
whirling
within its own winds 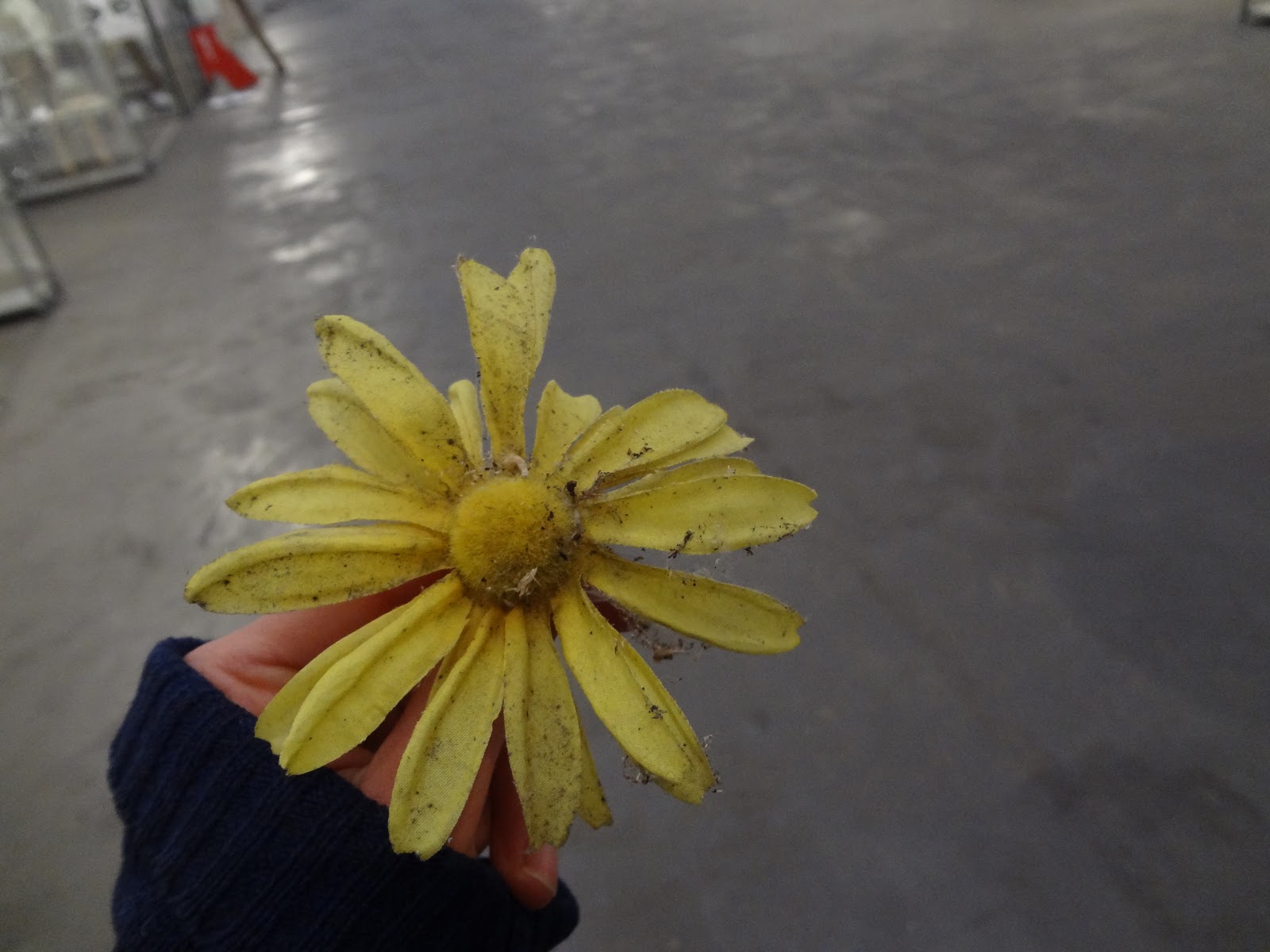 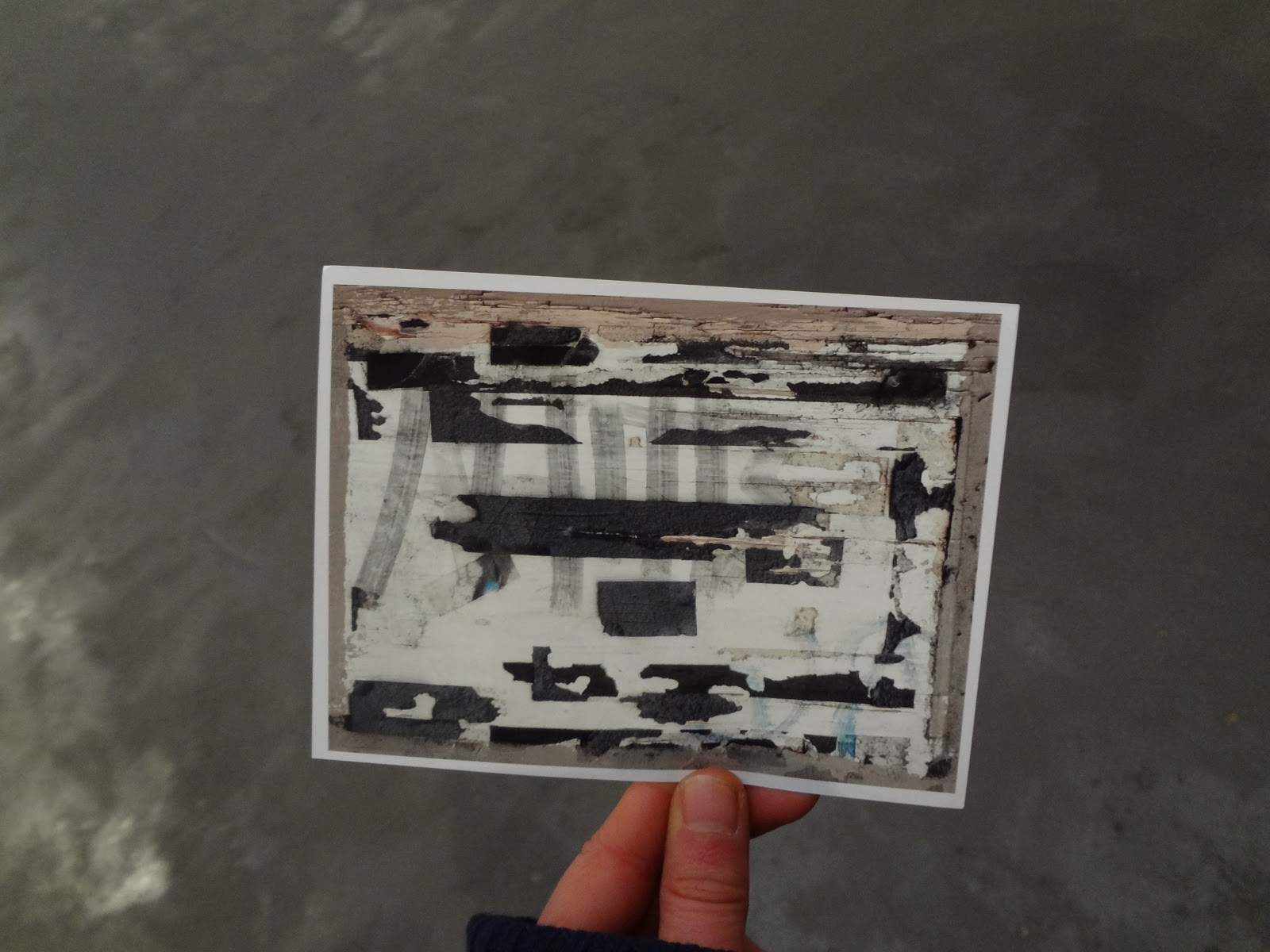 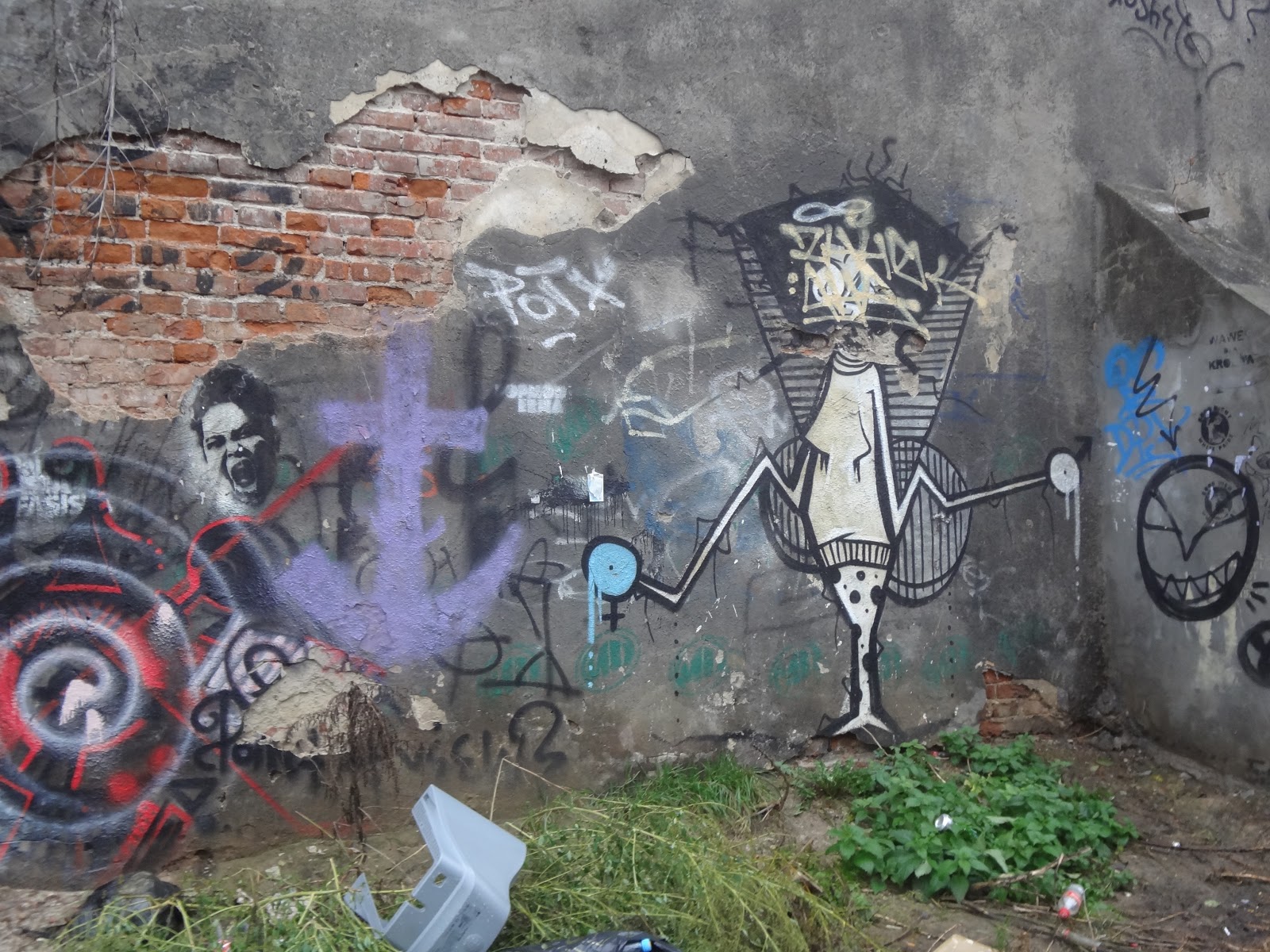 Dreams are not real in the sense that we don’t experience physical consequences from what happens during the dream; yet they are real happenings within the subconscious mind of the dreamer. To realize our dreams in dance is a representation of the dreamy reality twisted by subconscious...


14.11.12 - M
DREAMS FLOATING CHILDREN TIME WHERE VAST LIGHT HOW
BOAT BLOW HISS
AN O THAT MISSED ITS ROOF
BRUSHING HAIR WITH A BROOM
FLUORESCENT PINK ON GREY
OUR HOUSE WAS OCCUPIED TODAY BY TWO YOUNG KIDS, MARCELLO & MICHAEL
DON'T COME IN WE ARE SLEEPING
OMA, KOM IN HET HUISJE
DANCING OUR DREAM TO SHARE THE DREAM TO EMBODY THE DREAM
TO EXPLORE THE DREAM TO BE IN THE DREAM TO BECOME THE DREAM
WHILE AWAKE
IN A LAND OF A DIFFERENT TIME
DIFFERENT WORDS, SOUNDS AND FLOW
TO BE OUTSIDE
AND NO DREAM IS TAKING PLACE INSIDE
HOW IS IT TO STAND AND LOOK AT IT THROUGH HOLES
TO BE CLOSE AND TO BE FAR
TO PERCEIVE ITS SHADOW
HOW LONG DOES IT TAKE AND THROUGH WHICH PATH
IS THIS SHADOW FOUND IN THE SPACE OUTSIDE?
HOW IS THIS QUESTION ASKED FOR IT TO BE ALWAYS ALIVE
EVEN IF IT DOESN'T SCREAM OR LAUGH
EVEN WHEN IT HAS NO BANNERS AND LABELS, NO AIMS, NO SHAPRNESS,
NO KEYWORDS, NO PUNCHLINES, AND NOTHING TO BE UNDERLINED
UNFAMILIARITY IS HARD TO MAINTAIN
MAYBE POSSIBLE
HELLO, HELLO, IT'S ME MARIA SOMETIMES FROM COLOMBIA

We want to be meaninglessly meaningful.